Hot yoga has become a popular way of practicing yoga in various forms, especially in Western countries where the climate is colder than the Indian region where yoga was originated. 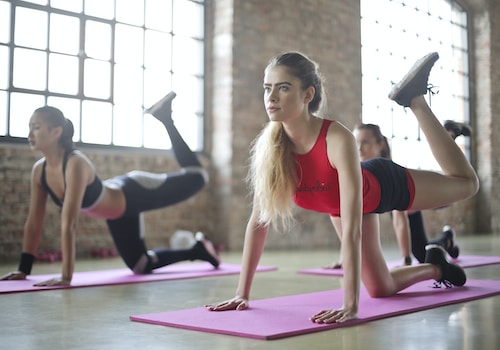 Hot yoga by itself is not just a small form of yoga, but it easily incorporates the other branches of yoga within itself. The idea is to practice yoga in warmer conditions and environments in order to benefit from what the asanas (poses) have to offer in the climate where they had been originally been thought of.

If you have heard of this increasingly popular term and now want to learn more about hot yoga or hot power yoga, then this post would be the destination for you. You wwill be able to learn what hot yoga is, what it entails, and whether or not it would be a right fit for you.

What is Hot Yoga?

It is because hot yoga itself can include many forms of yoga, such as the popular Bikram yoga that actually requires the 105 degree Fahrenheit temperature as mentioned above.

The objective behind the practice is not only to have a more rigorous workout and to let the toxins out of your body through sweating. The way that your muscles can ease up after this warmer and more demanding session can actually be very good for your muscular and even cardiovascular health.

These effects are being studied by modern science, but those who practice hot yoga on a regular basis have consistently reported the sensations of energy, relaxation and improved stamina.

While many forms of yoga are performed under hot yoga, two of the most popular forms are hot power yoga and heated flow yoga, which combines two powerhouse workouts in one.

What is Hot Power Yoga?

Hot power yoga uses the practice of usual power yoga, which combines strong asanas on a fast pace and is considered an intense workout session. The asanas in power yoga are intended to drive maximum effort from the practitioner, which in turn results in a rejuvenated feeling over the long run.

When combined with hot yoga, power yoga becomes an even more intense session, and those who want to get the most out of their yoga go this route.

What is Heated Flow Yoga?

Heated flow yoga makes use of vinyasa yoga or as some may call it, vinyasa flow yoga. Vinyasa yoga is the practice of using long form asanas while moving from one to another seamlessly as though you are flowing into the next position – which earns it the name of “flow” yoga.

When it is met with hot yoga, vinyasa yoga becomes heated flow yoga, with the effects of the vinyasa flow yoga now growing twofold under the heat. This is another way of getting the most out of an already intense yoga session.

Contact Container Collective for All of Your Yoga Needs

If you are in Lakewood, Colorado and want to practice hot yoga, hot power yoga, heated flow yoga, or even power vinyasa yoga without the heat, then feel free to contact Container Collective.

As an established center of hot yoga Lakewood citizens have come to trust and which also has its very own bike service, Container Collective could fulfill all of your workout requirements with ease under the supervision of an experienced professional.