For decades, many have argued against the health benefits of medical cannabis and have instead advocated its side effects. However, all of this is now changing, with observational scientific findings proving just how effective medical marijuana can be in terms of relief from even the most stubborn of symptoms, all with little to no side effects.

And one doctor from Harvard Medical School stands for all of that, and more.

Dr. Peter Grinspoon, MD, who is the contributing editor to Harvard Medical School’s Health Blog, shared his findings of medical marijuana in a detailed post which he wrote in early 2018. In the piece, Dr. Grinspoon noted how medical cannabis is changing the medical industry by not only touching the fields of pain relief, but also transcending to the use of intoxication free medical marijuana products that still prove to be just as effective. 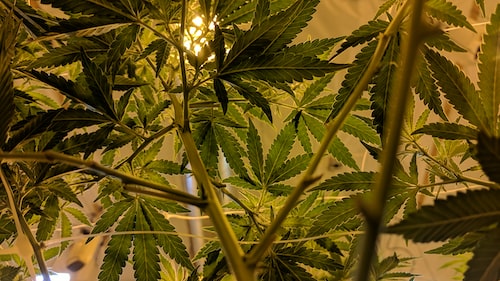 Dr. Grinspoon, like many others, asked for attention to the idea of using CBD (cannabidiol), which is one of over 100 components of cannabis. Unlike the prominent THC (tetrahydrocannabinol), CBD lacks the intoxication factor by a significant amount but remains perfectly potent.

CBD acts as a medicinal agent when used as a medical marijuana product provided by a licensed medical cannabis dispensary.

Like experts before him, Dr. Grinspoon notes CBD, despite lacking the intoxication effect, had consumers reporting relief from various conditions. CBD also reportedly helped them relieve the symptoms from extreme bouts of epilepsy.

In addition to this, he also mentioned the various uses of medical marijuana across a variety of conditions.  Interesting conditions he noted was that of Parkinson’s Disease, where it has been noted to relieve tremors; anxiety,  insomnia, and of course chronic and pain-inducing conditions such as cancer, where it has helped with pain relief, hunger problems, and relaxation.

But Dr. Grinspoon is not the only expert who has noted these qualities exhibited by marijuana,  individuals from various fields of medicine have been coming together to ask for the legalization of medical marijuana, and in recent cases, have been succeeding as well.

On August 29, 2018, the state of Illinois passed a law related to medical cannabis that will now allow doctors to prescribe marijuana for pain relief, legally. The move was made by state lawmakers after considering the positive effects of medical marijuana, especially against the use of opiates that pose significant physical, mental and addiction risks with long-term usage.

All of this does not only show just how the worldview is changing towards the usage of medical cannabis as an effective medicine, but how medical marijuana it is also effectively helping people with various conditions.

In its current state, Colorado has a few cannabis dispensary and cannabis boutique locations, almost all of which participate in the state-sanctioned medical marijuana program and provide medical cannabis to Colorado residents.

One such location is Groundswell, which specializes in various medical marijuana products and remains a marijuana dispensary Denver residents are glad to visit for their medical cannabis needs. Groundswell is also a known location for providing recreational marihuana products to its local community, and thus could also serve you as a cannabis boutique that could meet all of your needs related to medicinal and recreational marihuana.